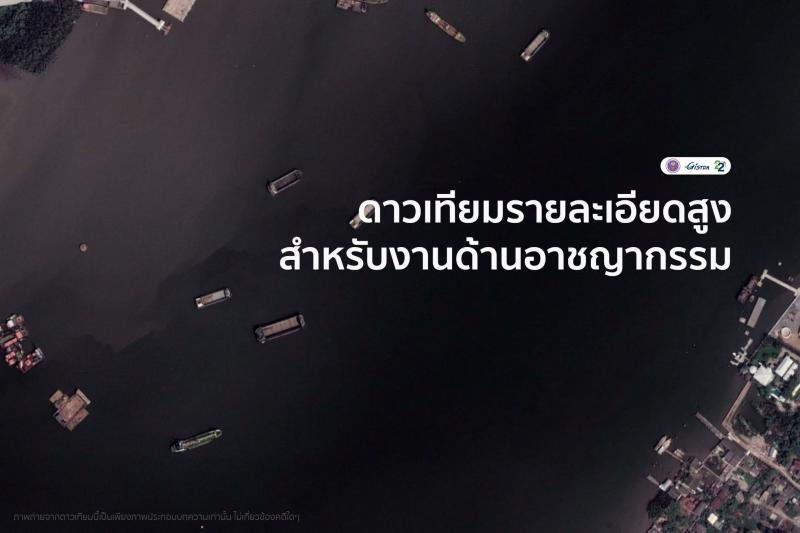 Satellite image allows people to either perceive a broader view of the area or capture the high-pixel resolution of what is happening on the street such as the type and color of the car being driven. As such, the satellite image is critical in the context of recording instantaneous phenomena or the event that occurred on the Earth’s surface for different periods continuously.

In the present age, there are multiple observation satellites from government and private agencies that are capable to provide high-resolution Earth images. Interestingly, some private sectors have developed a group of observation satellites to increase the daily frequency of getting satellite images, giving sufficient data to retrospectively examine terrestrial phenomena.

In England, a private organization utilizes the satellite image to support the investigations covering from dispute resolution to homicide cases. In some situations, satellite image data is being traced back months or years to obtain the truths.

Another crucial case occurred in Ireland where farmers occupied the wetlands in the hope of feeding the grass for their pets. They claimed the ownership by elaborating that they have been planting the grass since last year. Nonetheless, the satellite image proved that the grass in the area was just being grown for the past two months.

Notwithstanding, not all cases can find evidence through satellite images such as tracking down the criminals at night. The satellite is unable to capture the image due to the fact that a high-resolution observation satellite is mostly working in the optical mode which requires sunlight to record the situation. Therefore, the optical mode of the satellite is not capable to screenshot any images during the night shift.

In Thailand, the technique of analyzing satellite images and aerial images has been applied in litigation over the past years under the support of expert analysis from GISTDA. This approach has been beneficial in various cases such as land encroachment, land ownership investigation, intervention from third parties in government tunnel-digging projects for private use, and so on.

It can be seen that although satellite is an advanced technology and innovation, there are still some restrictions that hamper its capacity to record the data. Let’s take a closer look at those restrictions to understand how the implementation can be deployed effectively in the future.

Temporal resolution with the characteristics of high-detailed reconnaissance satellites orbits is not a geostationary orbit. Consequently, the satellite shows constant motion and reverses its direction to retake the images. This cycle takes approximately one day which implies that it is difficult if use satellites for monitoring the movement of the object. To be more specific, satellites can capture the image only one time per area per day. However, obtaining the whole scene of how the phenomena change within the same spot throughout the day can be done as well. For instance, the examination of a suspected car parked in outdoor parking lots for consecutive days.

Spatial resolution is a highly detailed resource observation satellite whose database can be accessed by civilians. It contains the most detailed image or pixel size (pixel) of 30 centimeters, referring to objects that are larger than 30x30 centimeters so that they can be captured by this kind of satellite. These types of satellites can see groups of people standing outdoor yet it is still difficult to identify the identity and the image is not as distinct as CCTV or drone footage owing to the limitation of the orbital height of the satellite.

The size of the file is a key factor in why most private-sector satellite owners decide to take a shot only in critical areas or in the area that is expected to generate sufficient revenue for the company. As a result, if there is unpredictable crime occurs in the area outside of the pre-defined shooting area, the chances of obtaining information are extremely arduous.

Unless the events happen in the same spot repeatedly, such as protests, the burning of buildings, etc., the satellite will be able to capture the overall incidences and damages from pre-shooting programs.

A light, familiar example would be the satellite image from Google Maps or Google Earth are the result of a high-resolution resource observation satellite along with the optical sensor available for daytime recording. Due to the sensor’s main feature, sunlight is required for the sake of data recording. Similar to the human eyes, the ability to identify objects in the nighttime would be difficult because of lesser brightness. Consequently, it is a difficult task to capture incidences that occur at night except it is the snapshot of night lights.

Even though these factors lead to technical hurdles which increase the complexity of the use of satellite images, it illustrates that one image could turn the table as long as it is employed in the right situation under the accurate guidance and a standardized analysis process. Ultimately, the satellite image proves itself how one picture is worth a thousand words and can be transformed into credibly useful information.